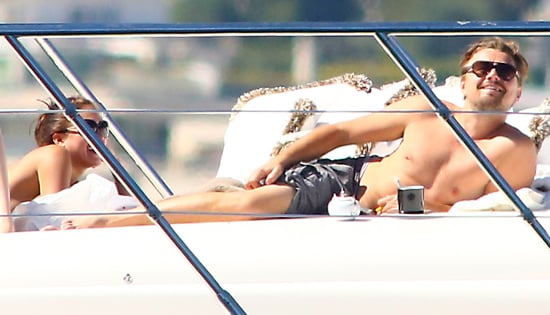 This week, social media platforms were about as active as Leonardo DiCaprio! While Leo lived it up in Cannes following his international premiere of The Great Gatsby, readers couldn't stop talking about his ladies, yachts, and party-hopping ways. In fact, his story was the fifth-most talked-about story this week! From a bittersweet goodbye and unforgettable Billboard Music Award moments to a serious A-list breakup, find out what else kept you talking on Twitter, Pinterest, and Facebook this week when you read more!

3. Miguel lands on a fan at the Billboard Music Awards:

Selena Gomez
Selena Gomez Reveals She Voted For the First Time This Year: "Your Voice Matters"
by Monica Sisavat 10 hours ago

Celebrity Instagrams
Timothée Chalamet Chats With Selena Gomez as He Waits in Line to Vote Early: "Proud of You"
by Brea Cubit 1 day ago