The stars of NBC and its sister networks stopped by their TCA Summer soiree Friday night in Beverly Hills. Jimmy Fallon was happy to dish to us about working with a very "shy" Robert Pattinson and his hosting plans for the Emmys, which he said will leave us all surprised. Brad Goreski from The Rachel Zoe Project told us all about how much fun they had filming The Zoeinator with FabSugarTV. He said when the show returns, the RZ team will face the emotional aftermath of Taylor's exit and take on an exciting up-and-coming actress as a client this season. He wasn't naming names, but promised she'll be a "huge" star. We also had the chance to catch up with actors from several soon-to-premiere new series during the evening, like The Event, Law and Order: Los Angeles and Undercovers. Skeet Ulrich, who stars as a police officer on the latest version of Law and Order, told us the premiere episode will actually follow a troubled starlet modeled after Lindsay Lohan! 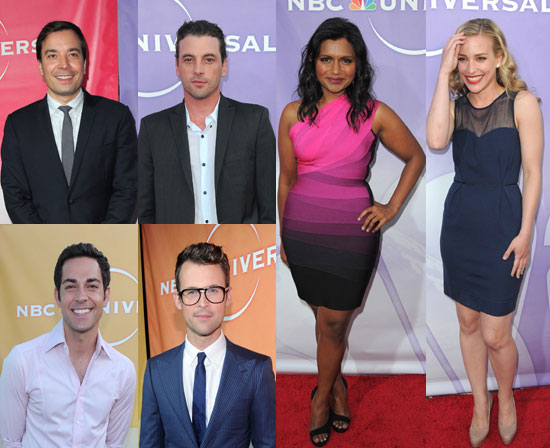