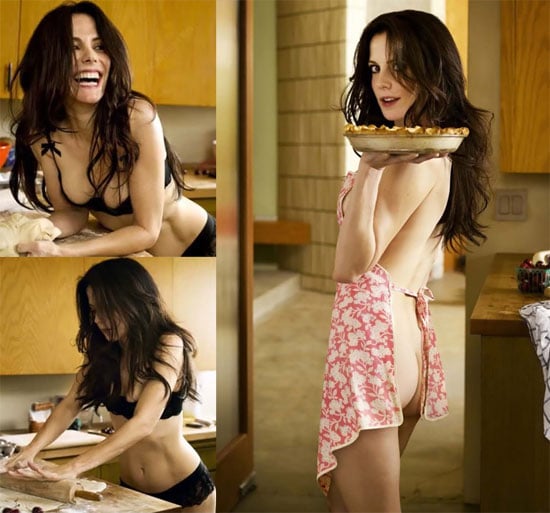 Photos of Mary-Louise Parker in Esquire

Mary-Louise Parker flaunts her body in a sexy and NSFW photo shoot for Esquire's August issue. She's out promoting the newest season of Weeds, after the show's characters had some tech drama on this week's episode. MLP also posed for racy photos for the magazine back in 2002, but this time around she's focused on domestic pursuits like pie-making and writing thank-you notes to men. She also reads Alice in Wonderland in lingerie — and there's even a video below.