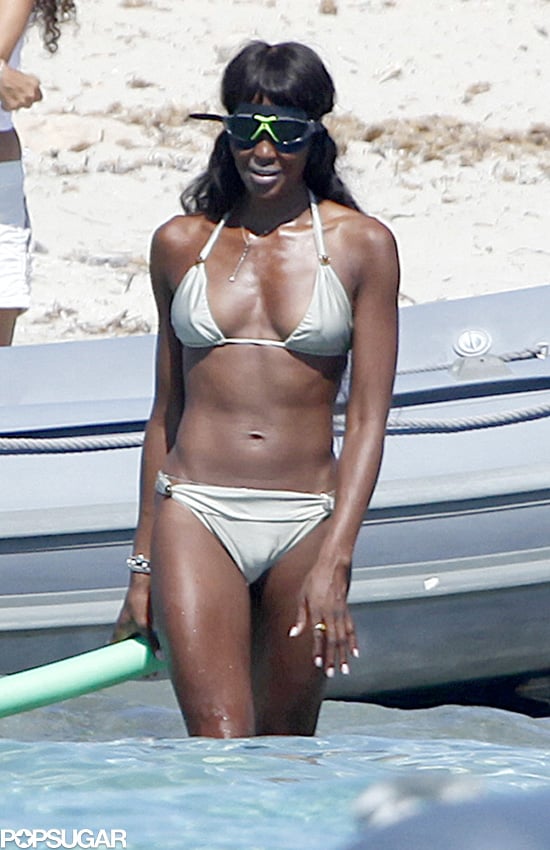 Naomi Campbell showed off her fit frame when she donned a bikini and a pair of goggles to take a dip in the ocean off the coast of Ibiza yesterday. She isn't the only supermodel who is vacationing in Spain this week, as her friend and fellow British icon Kate Moss is currently taking in the sights in Ibiza as well. Kate Moss wore a bikini when she hit the beach with husband Jamie Hince and daughter Lila Moss over the weekend. Naomi's friend Leonardo DiCaprio spent time in Ibiza last week as well, although it isn't clear if he ran into his model pal during his trip. However, Leo did spend quality time with Naomi's ex-boyfriend Vladislav Doronin and his current squeeze (and Naomi's former mentee on The Face), Luo Zilin. 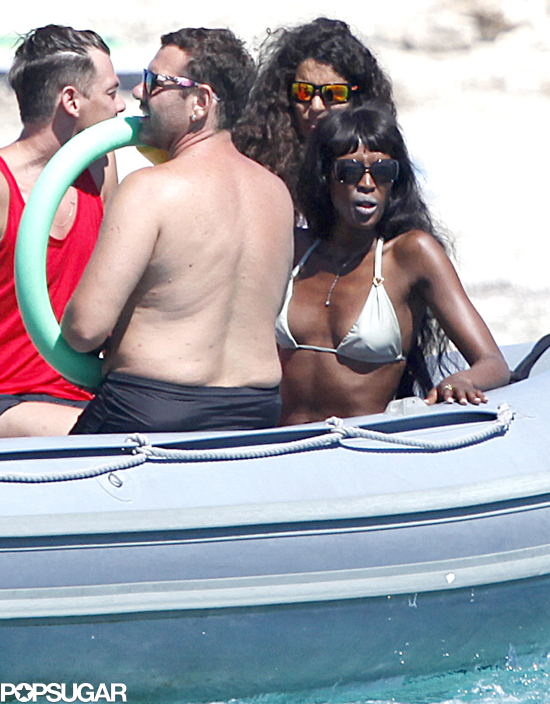