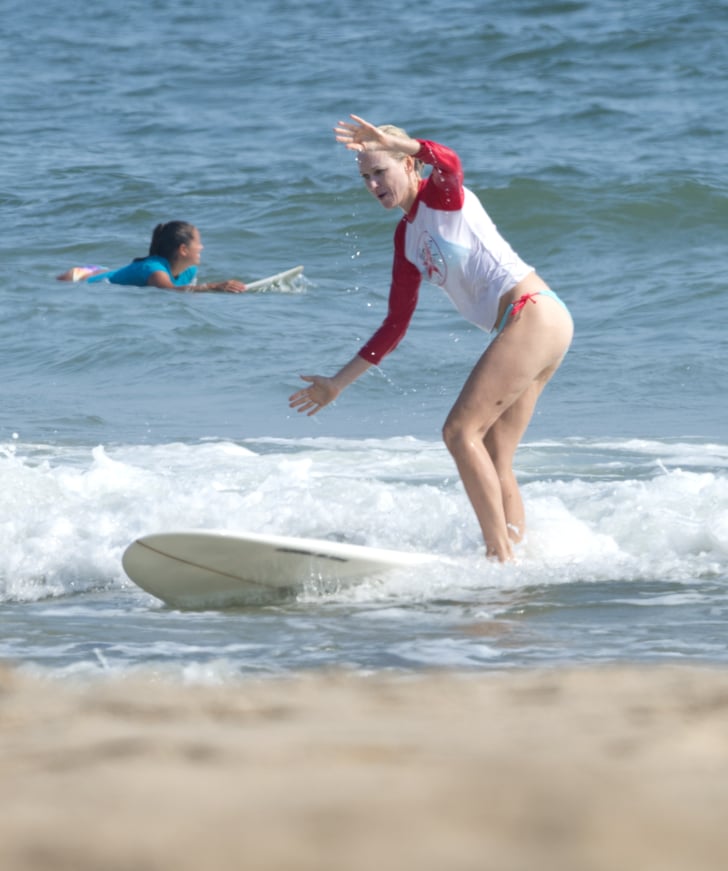 Naomi Watts and Liev Schreiber headed to the Hamptons last week for some family fun in the sun with their two boys. Naomi covered up her bikini body with a rash guard to get some surfing tips from her man and was soon showing off skills like a pro. When Liev wasn't helping Naomi stand up on the board, he also went for a beach walk with his blondies, Sasha and Kai. It's been a big Summer for Liev who not only debuted his new Showtime series, Ray Donovan, but also has a number one movie with The Butler, in which he plays President Lyndon B. Johnson. Naomi's also about to get back into the spotlight for playing a public figure when Diana hits theaters this Fall.

by Nikita Charuza 48 minutes ago