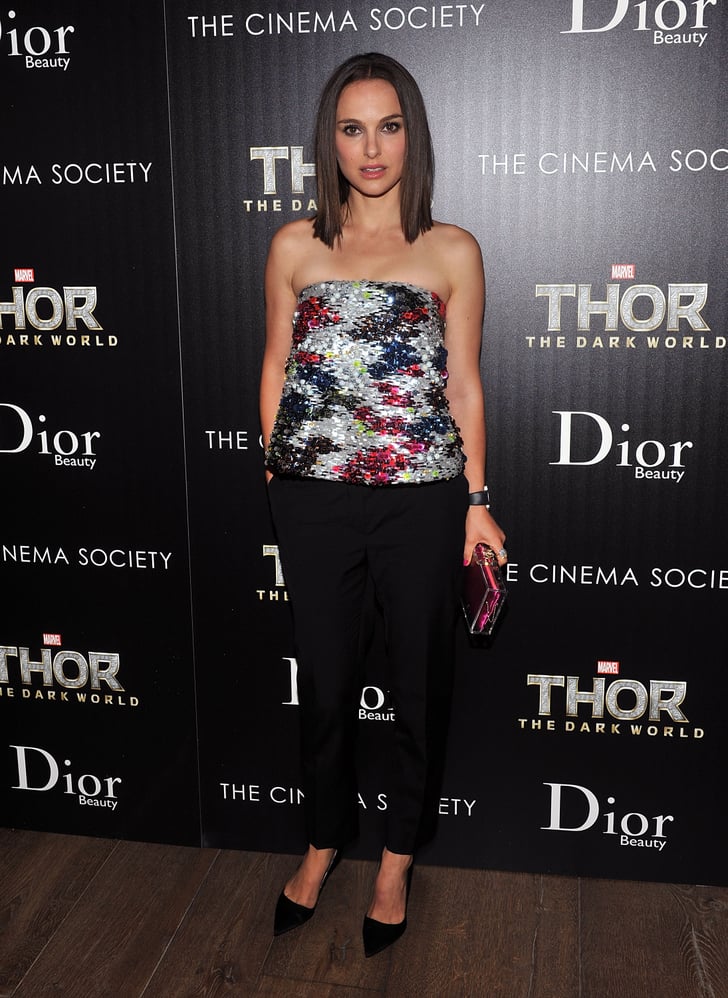 Natalie Portman has been on a whirlwind press tour to promote her latest movie, Thor: The Dark World, before it hits theaters on Friday. After traveling to London, Paris, and Berlin with her costars Tom Hiddleston and Chris Hemsworth, Natalie is back in the States to push the Marvel film solo. On Wednesday night, the actress attended a Cinema Society screening of the movie in NYC before hitting up the Dior-hosted afterparty in a strapless, sequined top from the brand. Natalie likely called it an early night, though, as she made an appearance on Good Morning America for an interview this morning.

During her sit-down, Natalie talked about getting to play Chris Hemsworth's love interest Jane and described what it was like to slap her costar across the face a few times. She said, "I think I was feeling all the anger of my sisters and all my girlfriends and I who've had those guys that don't call back or disappear or break your heart." And because it is Throwback Thursday, the GMA producers surprised Natalie with a look back at her younger self at the premiere of her first film, The Professional, at age 11. Watch the clip above now.