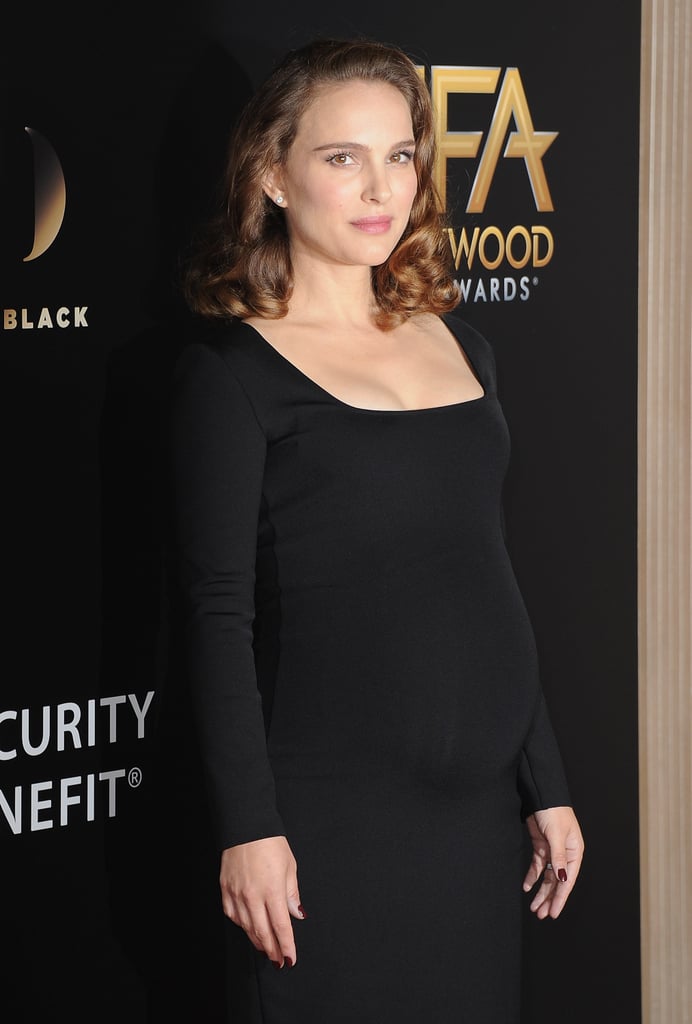 Natalie Portman looked radiant when she attended the 20th Annual Hollywood Film Awards in LA on Sunday. Wearing a formfitting black dress, the actress, who is currently expecting her second child with husband Benjamin Millepied, showed off her baby bump as she posed on the red carpet. Later that evening, she showed off her growing belly from all angles as she took to the stage to accept the Hollywood actress award for her role in Jackie. News of Natalie's pregnancy first broke in September after the Oscar winner appeared to show off her baby bump at the Venice Film Festival in Italy. Natalie and Benjamin are already parents to 5-year-old son Aleph.