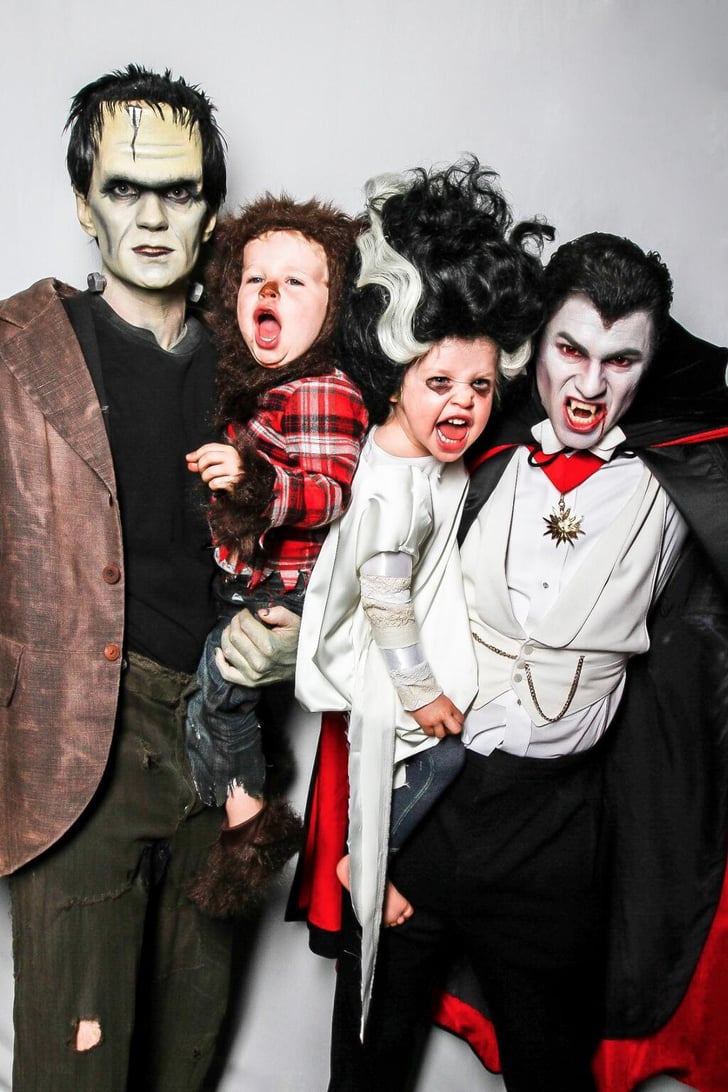 Neil Patrick Harris and his husband, David Burtka, dressed up with their twins, Gideon and Harper, for their Halloween party in LA. The family of four was disguised as a cast of spooky characters — Neil as Frankenstein and Harper as his wife, David as Dracula, and little Gideon as a werewolf — and Neil shared a photo-booth snap of the group on Twitter today. The party also brought out Fergie, Josh Duhamel, and Modern Family's Jesse Tyler Ferguson and his husband, Justin Mikita. The How I Met Your Mother star and his brood were well into the holiday spirit this year; they dressed up a handful of times for multiple events. Neil and David wore whimsical Alice in Wonderland costumes for a day of fun with Harper and Gideon earlier this month, and the couple reused their scary looks for a Halloween bash on Thursday night.

Celebrity Instagrams
Tallulah Willis Found the Perfect Diamond For Her Engagement Ring, With "No Stone Left Unexamined"
by Sarah Wasilak 21 hours ago