After waiting in line for three hours, we finally made it into the New Moon panel at Comic-Con! It was definitely worth the wait, and Rob, Kristen, Taylor, and Ashley were rewarded with plenty of screams and shrieks from their waiting fans. We got to check out two new clips from the movie — in the first, Kristen's character Bella rides a motorcycle for the first time (though she assured us she didn't do her own stunts). The second was the big moment you've all been waiting for — that's right, the shirtless Pattinson scene in Italy! Believe us, you will not be disappointed. Rob was adorable as he showed off a wide range of facial expressions when answering questions from fans, while Taylor seemed to eat up all the attention. Here are a few other highlights from the Q&A: 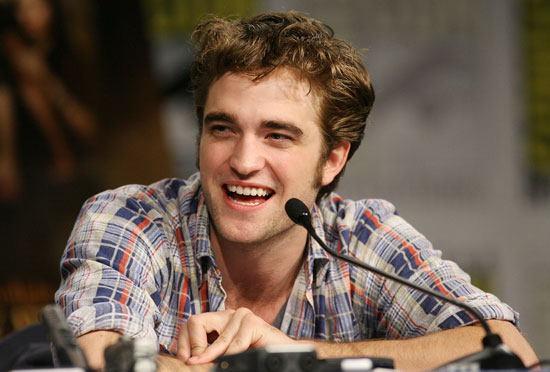 To read lots more from Rob about playing Edward and whether or not he'll ever take on comedy just read more.