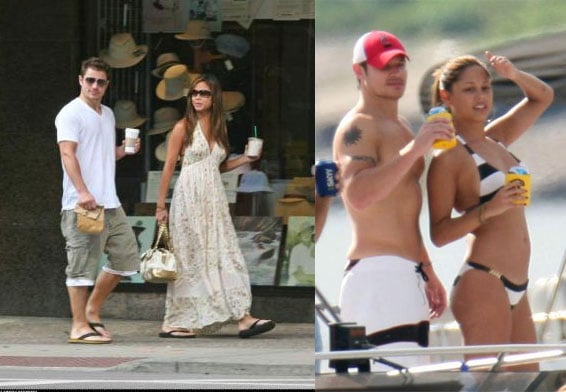 Nick has been very hush hush about his relationship with Vanessa, and for good reason. He says the public's fascination with his marriage to Jessica is one reason the two famous Newlyweds split up. Here's more: The former boy band singer accepts part of the blame for the failure of his marriage to JESSICA SIMPSON lies with their decision to open their home to TV cameras for reality show NEWLYWEDS: NICK + JESSICA. And the 32-year-old insists he will keep his personal life private from now on, because he only wants to be famous for his music. He tells British magazine Star, "I'm not making that mistake again. There's a real danger, in allowing your personal life to become so public, that people feel a sense of entitlement to it."