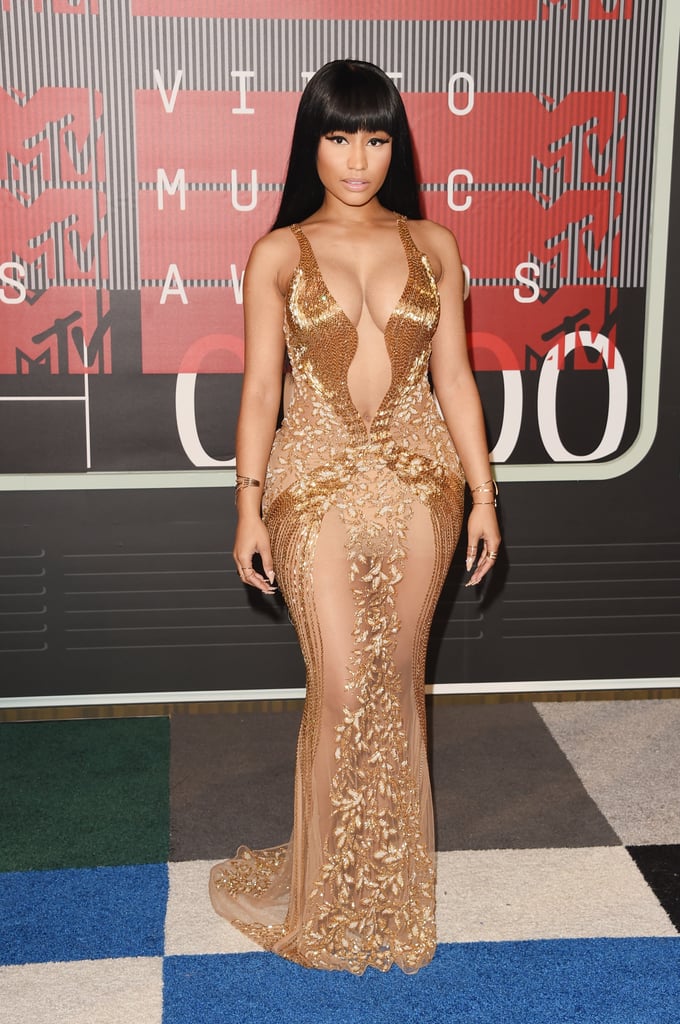 Nicki Minaj Predictably Chooses a Naked Dress For the VMAs

No surprises here — Nicki Minaj showed off her curves and plenty of skin on the red carpet at the MTV VMAs on Sunday night. She strutted her stuff ahead of what could be a big night for the singer; not only will she kick off the show with a performance, but she's up for three moonmen. That said, Nicki didn't get the nomination for the night's top prize — video of the year — which started quite the controversy on Twitter when the nominees were announced last month.