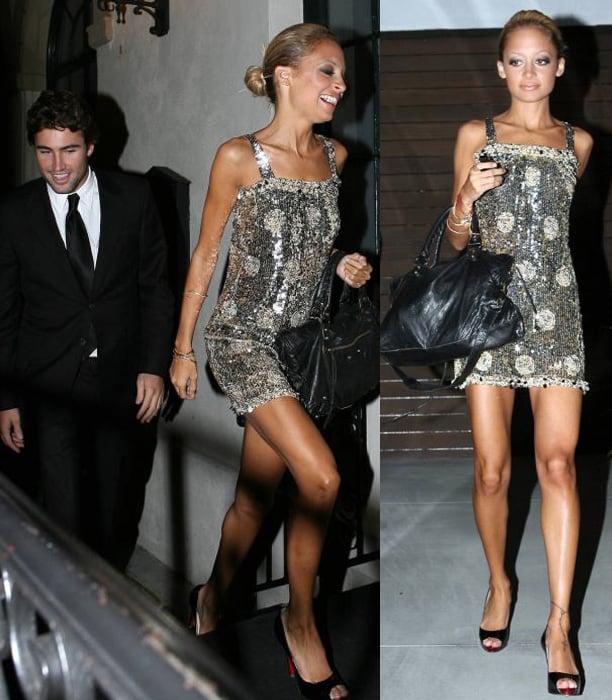 Nicole and Brody are really spending more and more time together... this relationship might just be for real. At the very least, they really look like they're enjoying each other's company. After a quick trip to NYC where Nicole presented at the VMAs, the two came home to LA for the long weekend. They were spotted shopping in Malibu and leaving Nobu. Nicole's dad is even into the romance, after all, these two go further back than Nicole and Paris. People reports: "I was there when (Brody) was born!" Nicole's dad, Lionel Richie, a longtime friend of Jenner's songwriter mom Linda Thompson and Olympic track star dad Bruce Jenner, tells PEOPLE. "They grew up together. To see them together now is like, 'Where are you going with this?' But they're having a wonderful time."

"They are a very normal couple and Brody is a decent, nice, down-to-earth guy," the source continues. "Even though it's relatively new, it seems like they’ve been together forever." Or at least since the '80s, when the pals often played at one another's houses.

"(Nicole) is like my godchild. ... She's a darling girl, very intelligent and very together," Thompson tells PEOPLE. "I think they're very cute (as a couple). Will they get married? Who knows? He's young and so is she."

I think Nicole is looking skinnier again. Maybe Brody can coach her back to a healthy weight. Lots more images of the twosome enjoying the long weekend together so read more