Lauren Conrad joined Nicole Richie, Joel Madden and Benji Madden on the red carpet at a benefit for the Richie-Madden Foundation and UNICEF in LA last night. Lauren smiled big despite the news that her clothing line is taking a hiatus one week before The Hills returns for its fifth and her final season. Earlier yesterday, Joel Madden chatted with Ryan Seacrest, and joked that he and Nicole "let their love plan their babies" when Ryan asked if they had planned baby number two. That's a bit TMI, but it sounds like they're happy to incorporate a new addition. 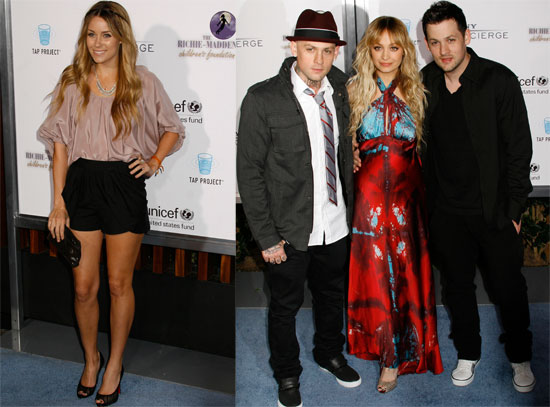 To see more of Nicole, the Maddens and LC just read more.