Nicole Richie and Joel Madden held hands during an outing in Beverly Hills yesterday, which prompted Joel to tweet his mood was the best it's been in years. Nicole has been focused on philanthropy and fashion this Summer, raising money for the victims of the Gulf oil spill and promoting her clothing line Winter Kate overseas. Chuck star Zachary Levi revealed to us that Nicole will make her return to acting soon, reprising her ass-kicking role on an episode this season. She'll be in good company on the set of the spy comedy — Linda Hamilton and Old Spice guy Isaiah Mustafa are also appearing on the series this year. 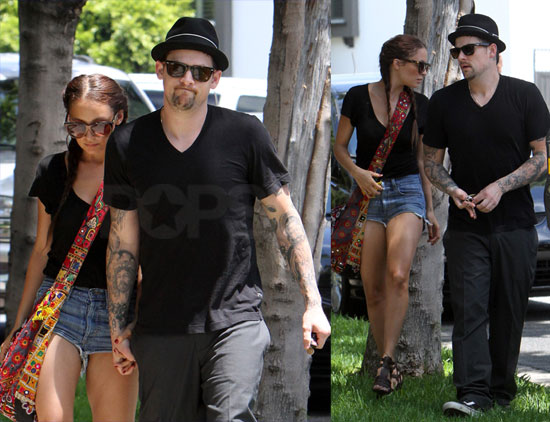 Joel MaddenNicole Richie
Around The Web