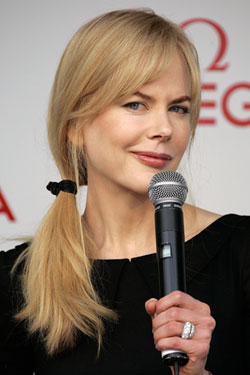 Keith may not be at his best right now but Nicole is at the top of her game. Out of all of the actresses in Hollywood, she makes the most at about $17 million a picture. While there's no doubting her acting abilities, we're still a little surprised that she's still making so much after flops like The Stepford Wives and Bewitched. Still, she finds a good balance between doing big budget blockbusters like Happy Feet and smaller more creative projects like Fur. That way she's sure to make lots of money and still keep the Oscar nominations rolling in!

Celebrity Instagrams
Wait, What? See the Celebrity Couples of 2021 Who Made Us Question Everything
by Grayson Gilcrease 6/24