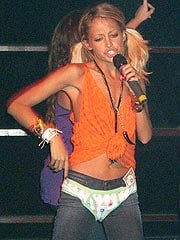 Nicole Richie Gets Back to her Roots

I'm not really sure what look Nicole is going for here but apparently she was having a blast. She was seen on Tuesday at L.A. club Guy's where the Karaoke scene has become a hot spot for celebs. People reports: Recently, Richie and pal Lindsay Lohan hit the stage for Dr. Dre and Eminem's "Forget About Dre." "Just so you know, I'm black, so this is from my roots!" Richie yelled into her microphone. And when they poured their hearts out to the Journey classic "Don't Stop Believin,'" Mary-Kate Olsen, who sat nearby, held up a lighter concert-style. "They gave it their all and had a great time," says a clubgoer.

Nicole has been one busy gal. Between photo shoots, working on her dad's music video and reconnecting with ex-fiance DJ AM, she still finds time to sing with friends. 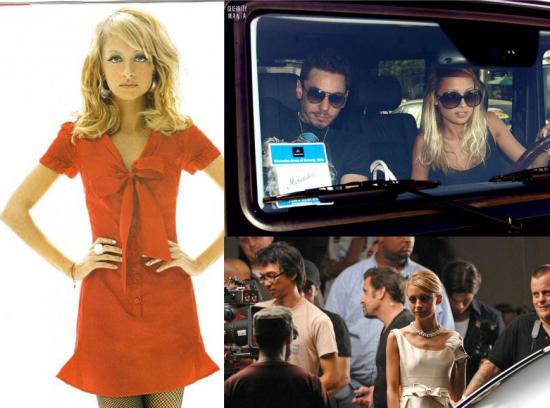 Oh yeah, and there is some rumor about Nicole ending her feud with Paris. I think it's all BS for their show and these two are better off not being friends but stay tuned. It is supposedly happening in September on Letterman. Lots more pictures of Nicole on the set, hanging with DJ AM, and more so read more