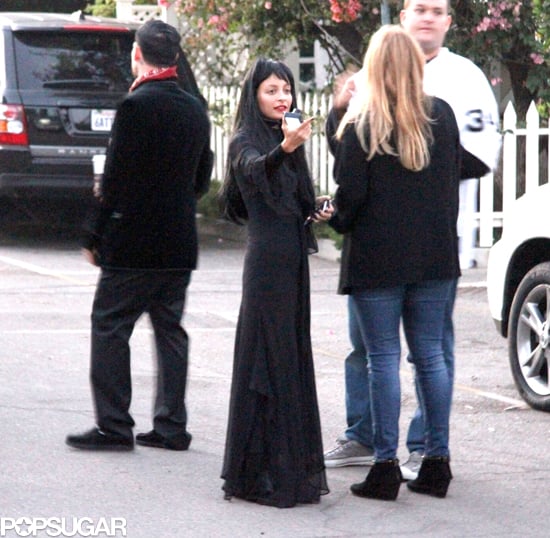 Nicole Richie looked almost unrecognizable last night when she went trick-or-treating in LA while wearing a Morticia Addams costume. Nicole's family decided to go for a themed look, as her husband, Joel Madden, and their tots were in matching Addams Family garb, with Harlow dressed as Wednesday and Sparrow donning a Pugsley look. The couple later met up with two friends, one costumed as a pig and another dressed as a clown, which Nicole shared on her Instagram account.

A spooky costume wasn't the only trick that Nicole had up her sleeve for Halloween, as she also wore a very chic cat costume to a pre-Halloween event on Sunday. 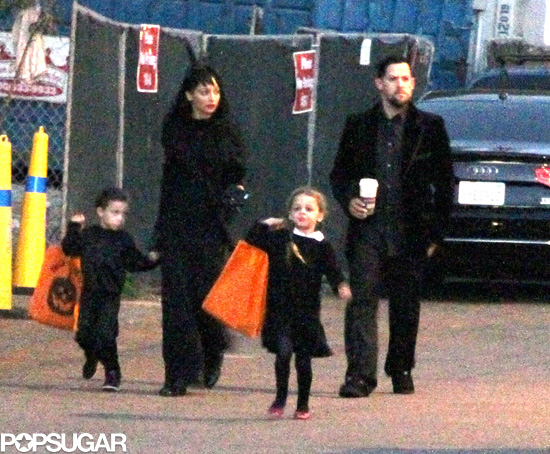 Gifts For Men
Teyana Taylor, Iman Shumpert, and Their Daughters Star in a New Skims Cozy Campaign
by Sarah Wasilak 7 hours ago