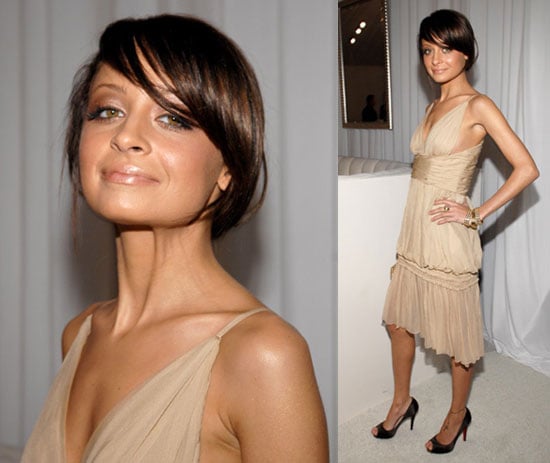 Nicole Still Not so Healthy

Nicole supposedly checked herself into rehab for not having an eating disorder, but is clearly not working hard at getting healthy. She denied collapsing at Hyde last week and has spent a ton of time shopping and hanging out with her on-again friend Paris, so we're just trying to figure out how she can gain some weight in between all these activities. Now we hear more about Nicole partying hard and drinking as well as camping out at the Beverly Hills Hotel. L&S reports: 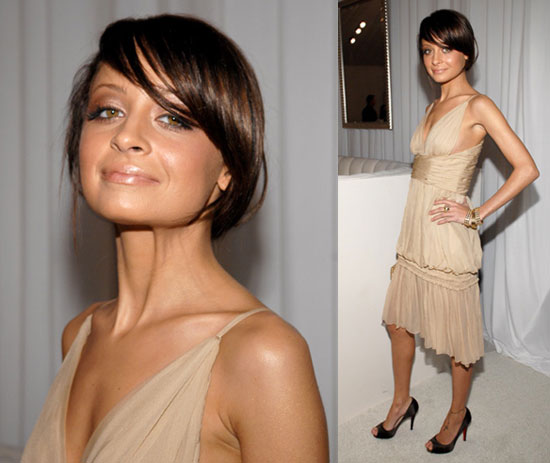 ...But on Nov. 3, that star was Nicole Richie, 25 — and just seven days earlier, she had announced she was seeking treat­ment for her alarming weight loss. Nicole — who weighs just 89 pounds — was with on-again best friend Paris Hilton, 25, and began “knocking back cocktails,” says a witness. “She didn’t look like someone who was taking her recovery very seriously.” And though Nicole later told Life & Style, “I’m doing fine,” she’s done little to change her ways. “We’re just wondering how long it’s going to be before she has a complete physical breakdown,” says an insider. When she’s not clubbing, Nicole’s staying at the luxe Beverly Hills Hotel. “She never talks about a treatment center,” says a friend of hers. “It either doesn’t exist, or she’s being very quiet about it. She’s get­ting some help, but it’s just occasional outpatient counseling. When she’s not in therapy, she’s living her life as if nothing has changed.”Even dad Lionel Richie, 57, is at a loss. “He doesn’t know what it’s going to take for Nicole to get serious about her health,” says a family friend.The answer may lie with her ex-fiancé, Adam “DJ AM” Goldstein, 33, who is determined to help Nicole and took her out shopping in LA on Nov. 3. “They’ve been talking a lot,” says an insider. “He’s telling her they can get back togeth­er if she gets better.” But does he mean it? “Maybe,” the insider says. “At this point, he’ll say whatever he has to in order to get through to her.”

It's time for Nicole to check out of the party scene for just a bit and take care of herself. More pics of Nicole as well as Kristin Davis, stylists to the stars, Rachel Zoe and Brad Goreski so read more