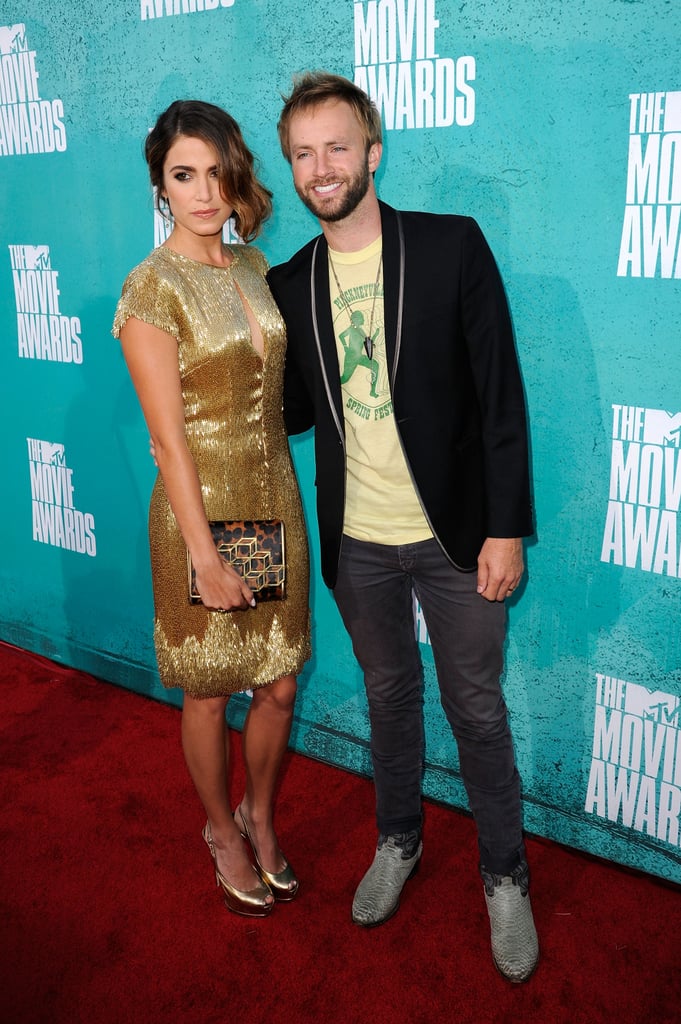 Nikki Reed and her husband, Paul McDonald, dressed up for this evening's MTV Movie Awards in LA. She was decked out in a gold Randi Rahm frock. The event is a special one for them, since it was at last year's ceremony that Nikki and Paul went public with their engagement! They ended up tying the knot in October 2011. Nikki's at the show repping her Twilight franchise, which is up for numerous awards. Breaking Dawn — Part 1, the second-to-last movie in the series, is even in contention for best movie of the year. We'll have updates for you all night about winners and more — make sure to also weigh in on the evening's fashions with our MTV Movie Awards style polls!

Red Carpet
Sabrina Carpenter's Asymmetrical Sheer Dress Is So Stunning, We Don't Know Where to Look First
by Perri Konecky 12/07/20