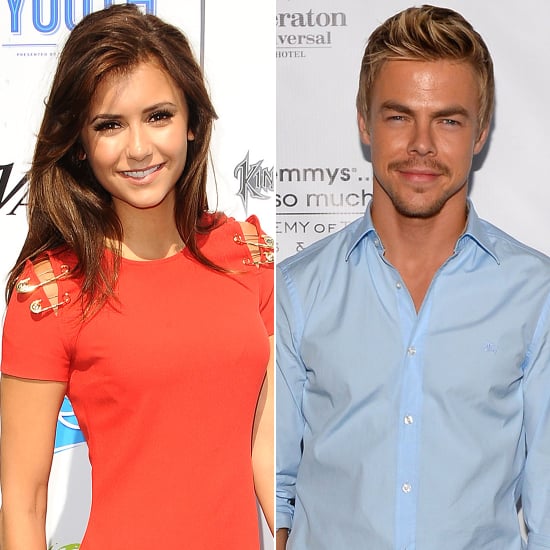 Derek Hough has reportedly danced his way into Nina Dobrev's heart — according to Us Weekly, Nina and Derek are currently dating! Derek was likely introduced to the Vampire Diaries star by his sister Julianne Hough, who is a very close friend of hers. A source told the publication that Nina "fell for him" after spending lots of time with her gal pal over the Summer.

This is the first relationship for Nina since she split from her boyfriend of three years, Ian Somerhalder, back in May, while Derek has previously been linked to stars like Cheryl Cole and Lauren Conrad. In addition to a budding romance, Derek also has a recent Emmy win to celebrate. He took home the honor of outstanding choreography for his work on Dancing With the Stars and is currently paired up with former Glee star Amber Riley on the show's 17th season. Nina congratulated her new man on her WhoSay account, saying, "Those of us touched by your light got to watch you brighten up the rest of the world. Keep shining!"