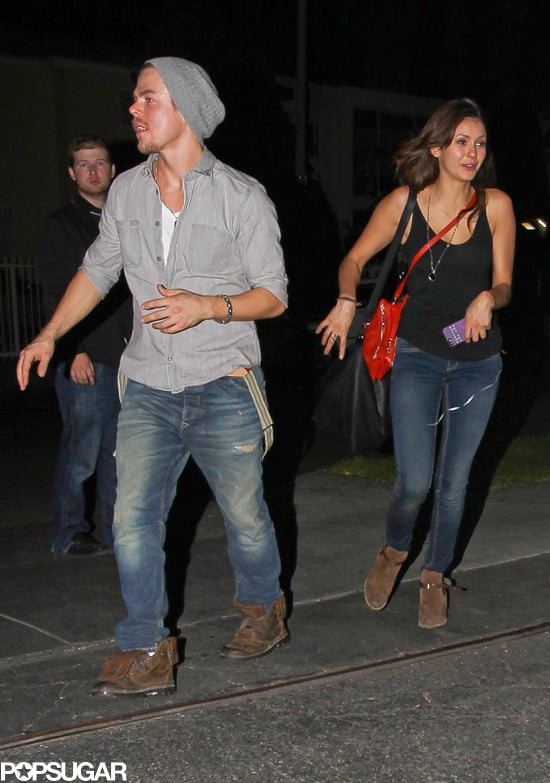 Nina Dobrev and Derek Hough stepped out for a date night in LA this weekend, in their first public appearance since rumors sparked up that the two are dating. Derek and Nina reportedly started dating in September after the pair, who have been friends for some time, thanks to Nina's friendship with Julianne Hough, connected on a romantic level. Nina split from her longtime boyfriend and Vampire Diaries costar Ian Somerhalder earlier this year, while Derek has had brief relationships with various famous beauties, including Nina look-alike Cheryl Cole, whom he dated in 2011. Nina may be the good luck charm that Derek needs as, shortly after reports surfaced that the two were romantically linked, the Dancing With the Stars dance pro took home an Emmy for outstanding choreography on the hit reality show.

Earlier this week, Nina made headlines when she posed topless to promote ObamaCare. She joined a long list of stars who were tweeting support for the Affordable Care Act, including Kerry Washington and John Legend. 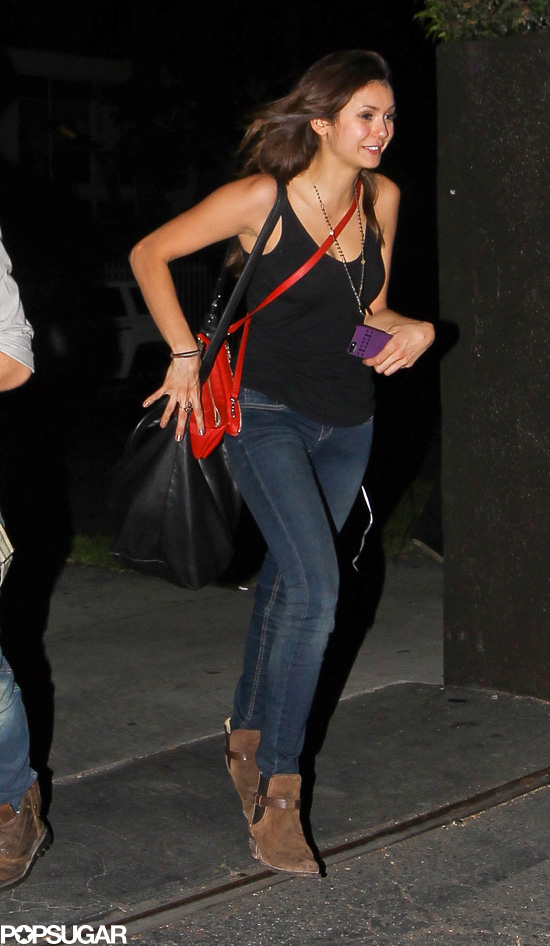 Selena Gomez
So, Here's the Deal With Those Selena Gomez and Jimmy Butler Dating Rumors
by Monica Sisavat 2 days ago