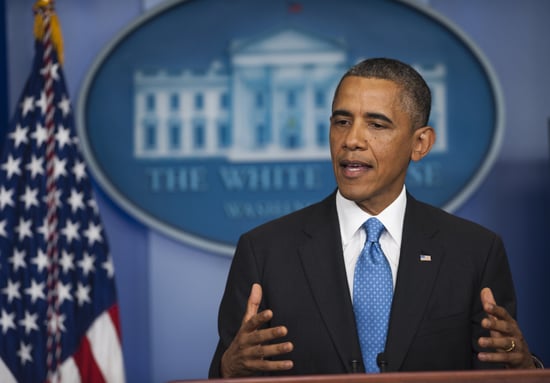 Obama also acknowledged that in the African-American community "there’s a lot of pain around what happened here," and said he, too, had experience with the burdens of racial profiling. He admitted:

And there are very few African-American men who haven’t had the experience of walking across the street and hearing the locks click on the doors of cars. That happens to me, at least before I was a senator. There are very few African-Americans who haven’t had the experience of getting on an elevator and a woman clutching her purse nervously and holding her breath until she had a chance to get off. That happens often.

See a video of the president's remarks below.