Yay! More new photos from Ocean's Thirteen. Between these and the trailer, I feel like I've seen the whole movie but that's not going to stop me from seeing it next month. Apparently the cast stayed somewhat in character in Cannes. They even pulled an Ocean's like hoax on their guests following the big premiere. Evidently the guests were invited to an after party but arrived to find the Ocean's men had already supposedly come and gone. Brad, George and the rest of the guys walked the red carpet and then had the real party elsewhere. I would expect nothing less from this group who probably wanted a more intimate gathering anyway but what a bummer for those hoping to rub elbows with the cast. 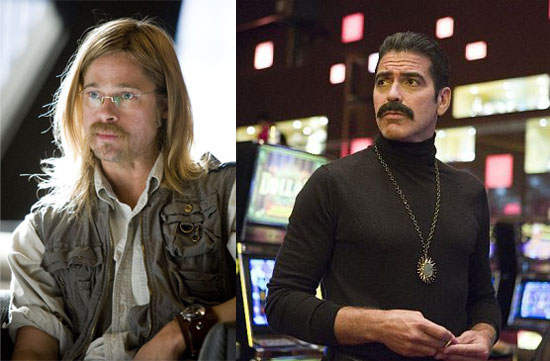