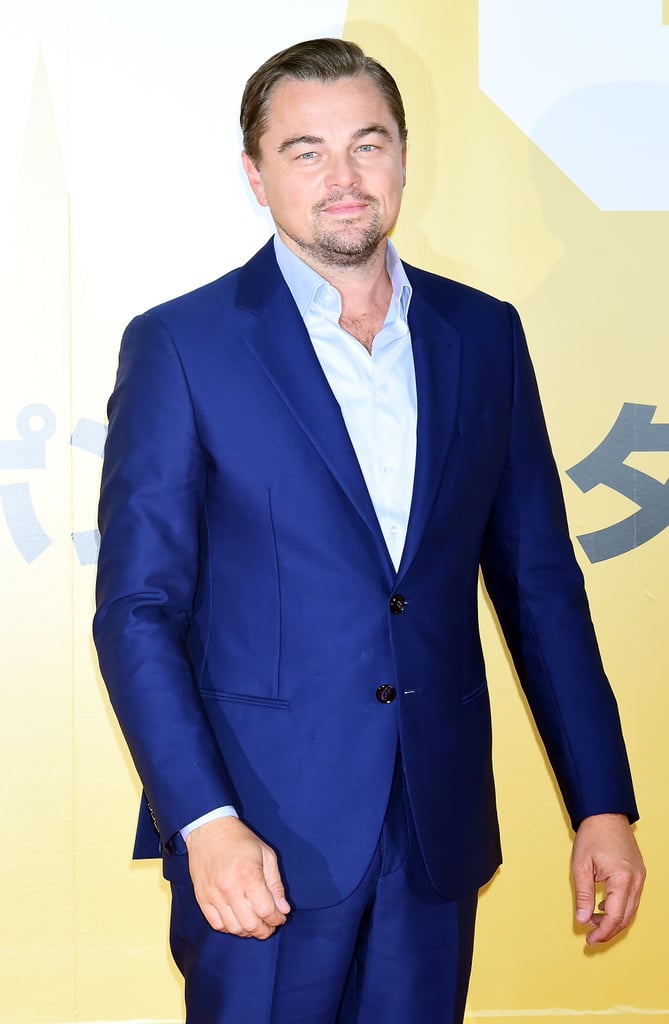 Leonardo DiCaprio and director Quentin Tarantino continued the press tour for Once Upon a Time in Hollywood in Tokyo on Monday. After debuting the movie at the Cannes Film Festival in May and recently celebrating at the UK, Berlin, and Rome premieres with costars Brad Pitt and Margot Robbie, Leo put on quite the sexy show as he flashed his smile for the cameras and rocked the red carpet.

Once Upon a Time in Hollywood, which is out in theaters now, is described as "a unique take on Manson Family Murders" and "takes place at the height of the counter-culture explosion, the hippie revolution, and the height of a new Hollywood." While making their rounds to promote the film, the cast have also linked up for photocalls in London, as well as LA, where Brad was in a particularly photobombing mood. Check out photos from the glamorous press tour ahead!

Related:
If You Want to Get Technical, This Isn't Brad Pitt and Leonardo DiCaprio's First Movie Together
Previous Next Start Slideshow
Leonardo DiCaprioBrad PittRed CarpetOnce Upon A Time In HollywoodCelebrity Friendships

Joey King
Every Main Character Death in "Bullet Train," From the First Stop to the Last
by Chanel Vargas 2 days ago