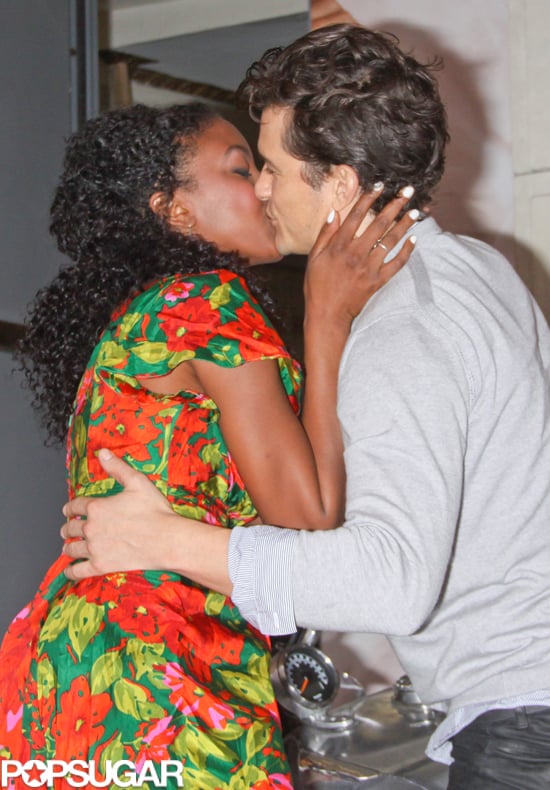 Don't worry Miranda Kerr, Orlando Bloom was just giving a friendly kiss to his Romeo and Juliet costar Condola Rashad during a photocall in NYC yesterday. The two stars stepped out to do press for their upcoming Broadway play, which goes into previews on Aug. 24. Orlando has relocated to NYC with his wife, Miranda, and their young son, Flynn, while he works on his new play. The family has been adapting to their new city life, with Miranda running around town for photo shoots and Orlando occasionally going shirtless to deal with the sweltering Summer heat. Hopefully the Kerr-Blooms are enjoying their time on the East Coast, because if Orlando's play goes well while in previews, they may be sticking around the city for some time. 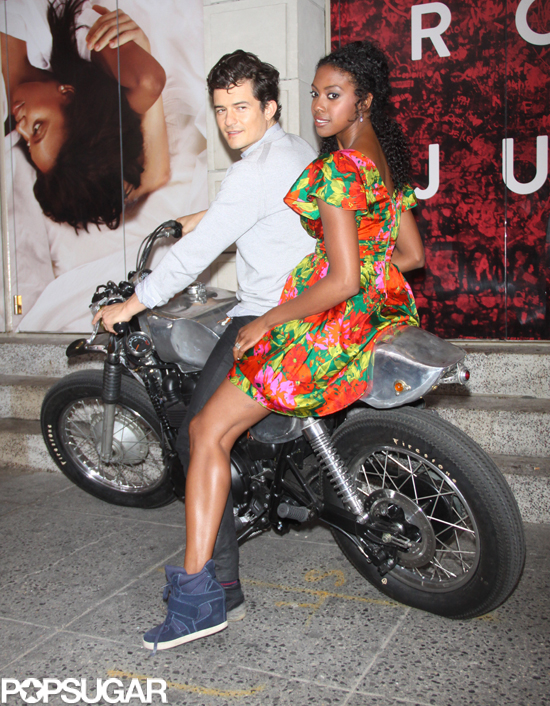