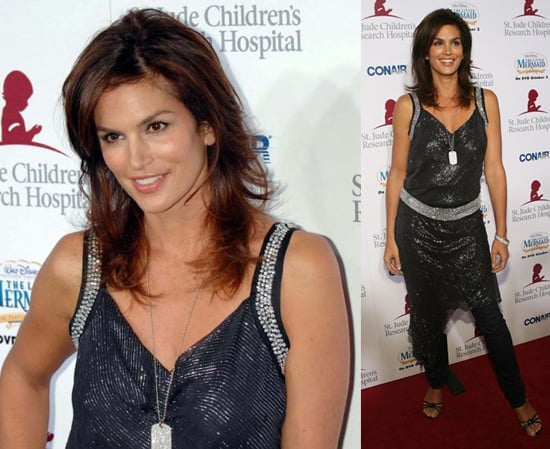 Over Exposure for Cindy's Little Girl? 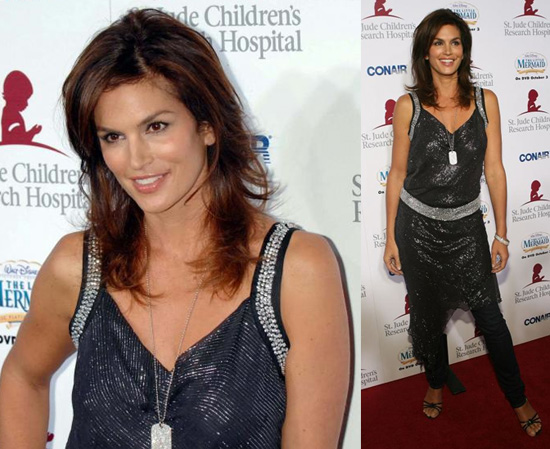 Trendy Melissa Odabash beachwear - which has outfitted celebs such as Britney Spears, Uma Thurman and Pamela Anderson - yesterday announced it will pull pics of Kaya from its Web site.

One shows the 5-year-old daughter of Crawford and nightclub owner Rande Gerber posing topless, peeking over her left shoulder at the camera, with white shorts with a lower-back tattoo. Others show her in a string bikini.

Crawford's PR rep initially laughed off the criticism. "Oh my God, that's ridiculous," she said yesterday. "It's a stick-on tattoo!" Asked for a comment from Kaya's parents, the flack said: "Cindy's friends own this company. It was just a fun little photo shoot they did in Malibu one day. Kaya is not modeling."

We knew the pics we posted the other day would create backlash but it looks like Cindy isn't too worried. She seems more worried about being accused of using Botox. Based on these images from the Runway For Life St Jude's Childrens Hospital Charity Event, what do you think? We've seen Cindy in person and she really is stunning - even better looking in person. Lots more pics so read more

Nostalgia
Cindy Crawford Is the Only Other Person to Wear Ross's Famous Leather Pants: "They Fit Her Perfectly!"
by Sarah Wasilak 5/27