Last week rumors spread rapidly claiming Owen was the reason for Kate and Chris' breakup. Now Owen has hired a lawyer to sue anyone who blames him for the split or insinuates a secret affair. Meanwhile, after the split Kate and Chris are keeping things friendly. They were spotted together with their son Ryder in LA this weekend. Here's more from Owen: 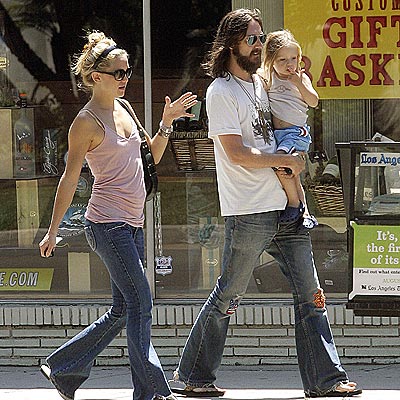 Owen has called on the services of Hollywood's big legal man, Martin Singer, to start proceedings against anyone who even suggests that Kate and hubby Chris Robinson's split was down to him.

Days after Kate announced the end of her six-year marriage to the Black Crowes singer, rumours surfaced in the States that Owen and Kate were dating.

However, spokespeople for both stars refused to confirm the reports, with Owen's people saying: "(Anything) that suggests that the separation of Ms Hudson was caused by Mr Wilson... is absolutely false."