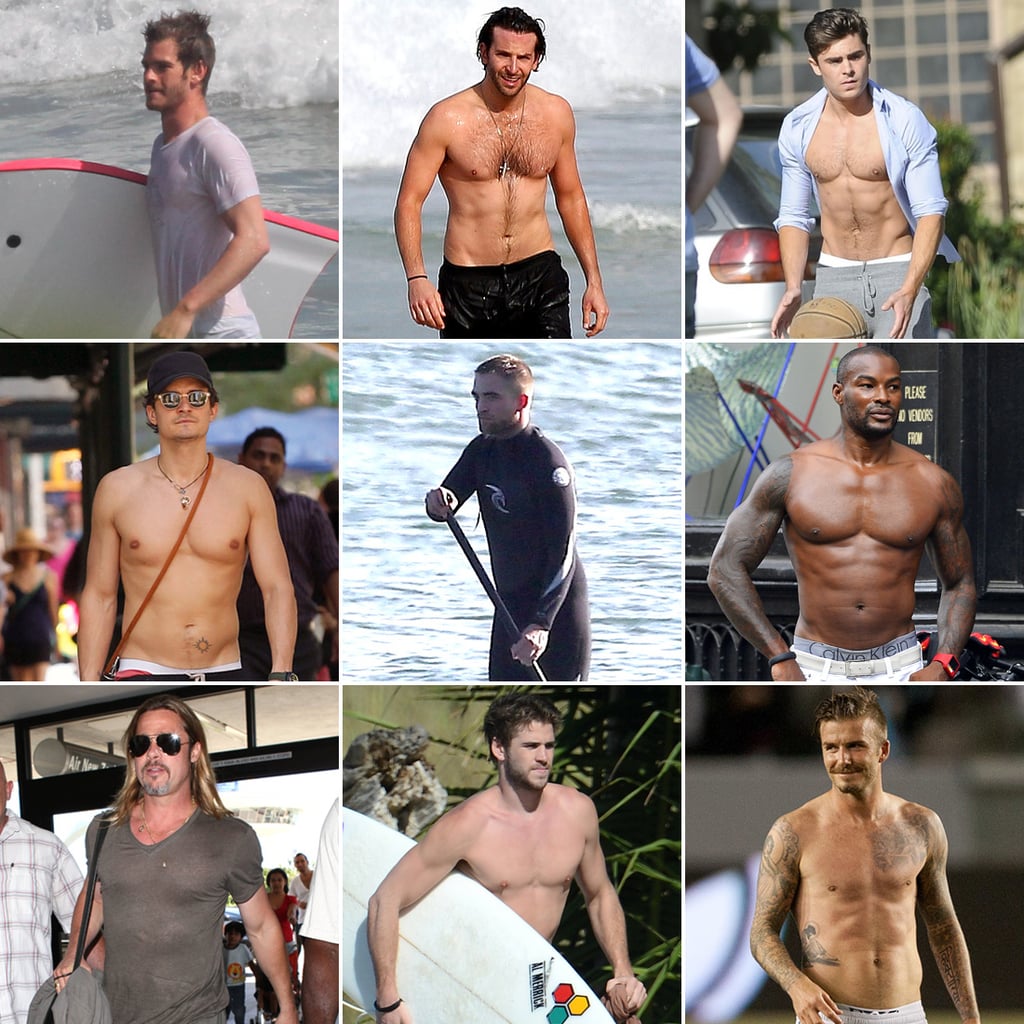 See Where Your Favorite Star Ranked in Our 2013 (Mostly) Shirtless Bracket!

Robert Pattinson is the winner of our 2013 (mostly) shirtless bracket! Despite being covered up by a slick wetsuit, Robert took the top spot over other fit fellas like Bradley Cooper, David Beckham, and Chris and Liam Hemsworth. He also bested second-place stud Zac Efron, who we had to show some love to for giving us a glimpse of his six-pack abs.

Click through to see where the rest of this year's hot hunks of Summer ranked — and congrats to Robert and Zac!