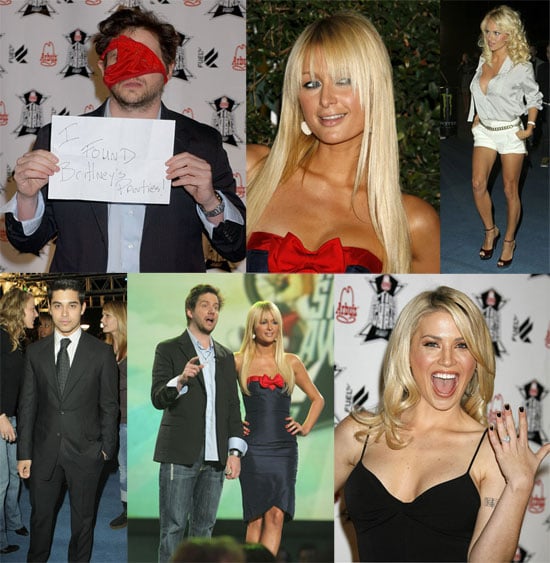 Despite her personal problems and split from Kid, Pam made it out to the Inaugural Arby's Action Sports Awards in Burbank last night. She was joined by Jamie Kennedy who always brings along his sense of humor (yes that's him with a pair of panties for Britney), and Willa Ford who took the opportunity to announce her engagement to NHL star Mike Modano. The show honors those in action sports like skateboarding, snowboarding, and Motocross. And while Paris and Pam may not be famous for their boarding skills, they sure have pulled quite a few of their own stunts this year. So they made a good fit. The show airs on December 10th on Fox. 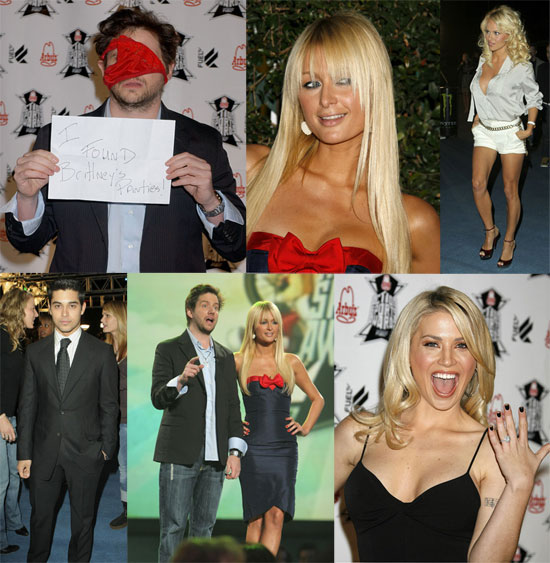