Paramount is, like, so over Tom Cruise. They are ending a 14 year relationship between themselves and Tom's production company "citing the actor's controversial and sometimes erratic behavior of the past year." The WSJ reports: 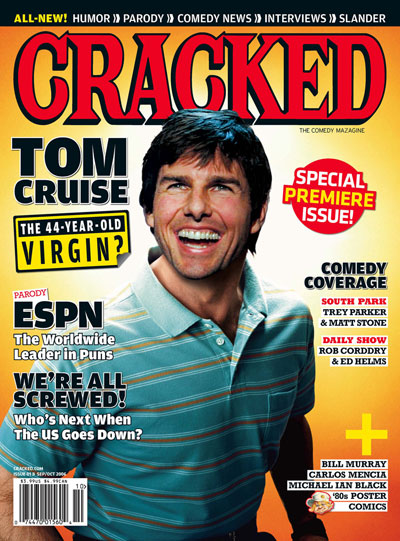 "As much as we like him personally, we thought it was wrong to renew his deal," Mr. Redstone said in an interview with the Wall Street Journal. "His recent conduct has not been acceptable to Paramount."

After being contacted by the Wall Street Journal, Mr. Cruise's representatives presented a different version of events. They said that Mr. Cruise's production company had decided to set up an independent operation financed by two top hedge funds, which they declined to name. Paula Wagner, Mr. Cruise's partner in the company, said such an arrangement represented a new business model for top actors prominent enough to take advantage of the flood of money coming into Hollywood from Wall Street.

Wow. It's the end of an era for Cruise. I like that Cruise's people spun it that he has another master plan, but I wonder if this will tame his recent behavior or only make it worse? How will Katie fall out of this mess? Who exactly are the financiers who want to back Cruise now? So many questions.