Looks like being the most overrated celebrity doesn't necessarily mean you will sell albums. Paris dropped her album last week, but as expected, she is getting crushed by another blond pop star, Christina Aguilera. This week Jessica's album drops. Paris can't even compete with the Newlywed-no-more that America is angry at. Page Six reports: 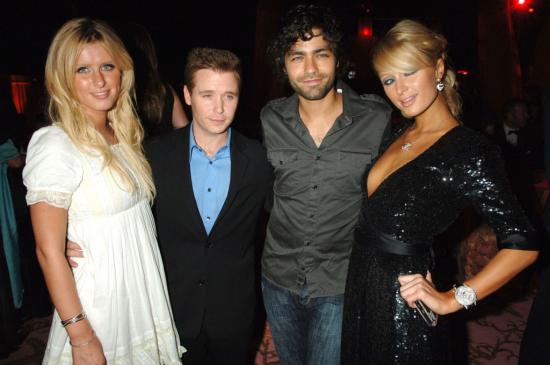 PARIS Hilton's career as a pop star is fizzling as quickly as one of her blink-and-you'll-miss-it relationships. In its first week out of the gate, Hilton's first CD is being widely seen as a certified flop. "Paris," which features the single "Stars Are Blind," sold a lackluster 75,000 copies in the United States - a pittance compared to Christina Aguilera's first-week sales of 320,000, according to Soundscan.

And projected sales for next week are said to be a measly 30,000, which is a larger than normal second week drop.

"Paris" is languishing at the bottom of Billboard's Hot 100 - so Hilton's label rushed out her second single, "Turn It Up," which isn't doing very well either.

The source added that Hilton was advised a year ago to train her voice, work with choreographers and learn an instrument to prepare for a limited tour, but "obviously she didn't listen."

Hilton's rep, Elliot Mintz, said, "To me, [the album] sounds huge. For a newcomer, this is incredibly impressive."

Lucky girl still gets to dress up and attend the HBO Emmy party with cutie Adrian Grenier so life can't be that bad.