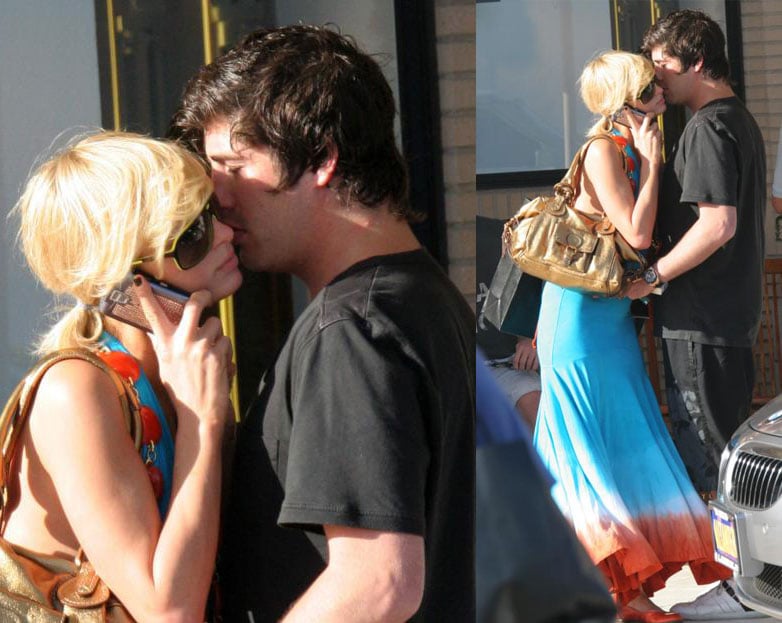 Paris and her old friend Brandon Davis are so together. We have reported this rumor before and have even seen them kissing, but after seeing these photos we are so convinced that these two are definitely getting it on. Ewwww. As for Paris the popstar - looks like she had another set back... 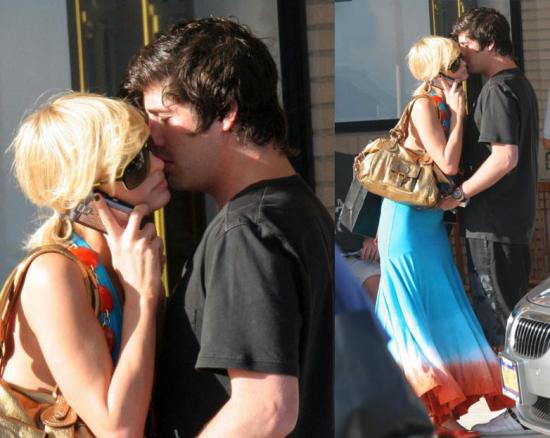 Some of the few who actually purchased Paris' CD in the UK may have gotten a little surprise. A British graffiti artist named Bansky changed the artwork on the album as well as the CD which featured a DJ named DM. Bansky managed to smuggle in 500 CDs into various stores like HMV and Virgin. Click here to read more and see the beautiful graffiti artist's work.

Lots more images of Paris and Brandon so read more