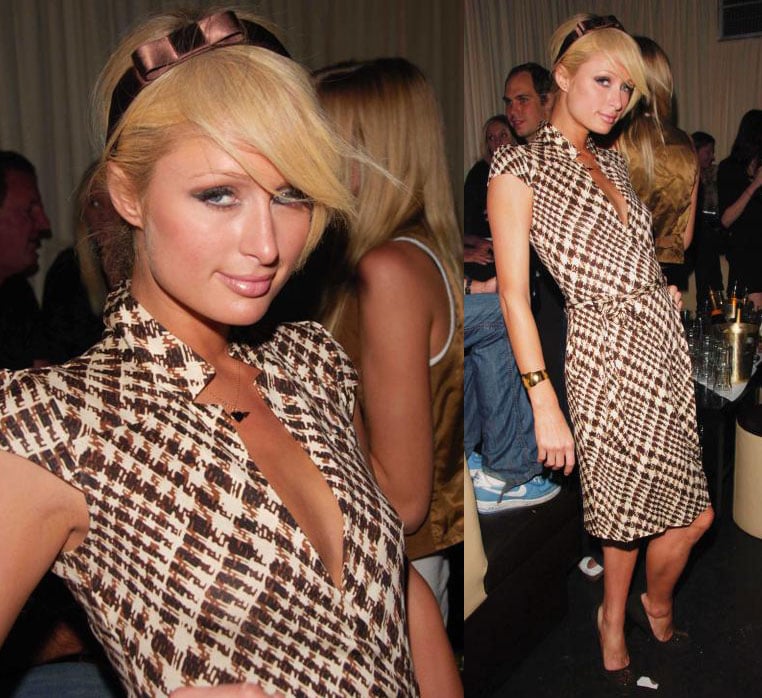 Paris is getting beaten up these days. First came the news that the graffiti artists tampered with her CDs in the UK. Now she gets an invite to a prestigious event and is told to dress the same as the "help." Here's more: Richard Branson threw a lavish Mad Hatter-themed 21st birthday party for his son Sam at his Oxfordshire estate on Saturday, and invited Paris Hilton to attend.

The partying heiress agreed and wanted a starring role in the party dressed as Alice, according to reports. When Branson found out, he ordered the 60 waitresses who would be serving at the party to also dress as Alice, according to the London Daily Mail, which says he pushed the prank further by pretending to mistake Paris for a waitress and ordering a drink from her.

The bash was attended by the U.K.’s A-list, with such guests as Princes William and Harry, Kate Moss, and Princesses Beatrice and Eugenie. “It was one hell of a party,” a source told the Mirror. “Paris found herself looking more like Tweedledum as she was surrounded by dozens of other Alices.”

Apparently Paris' people said she was not even at the event. Was jail her alibi? More pics of Paris so read more