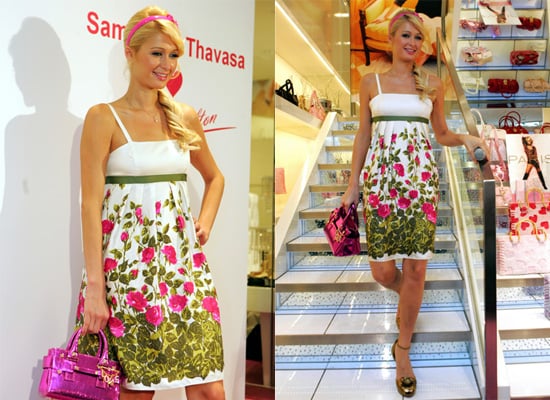 Paris news never ceases to amaze us. She is traveling the globe to promote herself as a pop star including a stop in South Beach. She has spoken about pretending to be certain characters but overall wants to come across as the nice girl. Turns out Paris isn't so nice all the time. Check out the quote that Liz Smith reports Paris said: 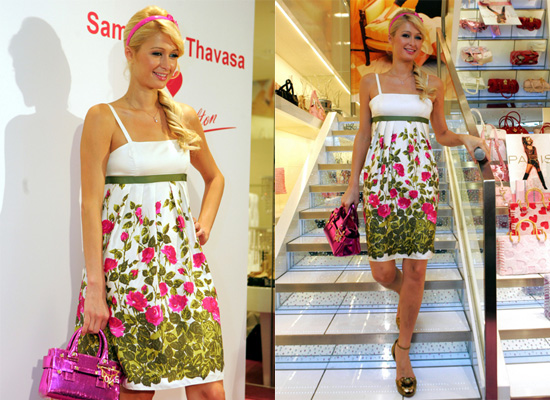 'I'M ALWAYS playing a character . . . I'm a brand . . . This place [Ago in Miami] is so cheesy. Everyone is so cheesy . . . They say they want a picture, but what they really want is to touch me. I hate it when they touch me . . . Make sure you let in my camera crew!" - That is a collection of remarks from Paris Hilton in Michael Joseph Gross' terrific profile of the faux star in Blender for September.

The interesting thing is that Hilton's naked quest to be famous - famous and nothing else - is often raised as criticism... Paris Hilton is exactly what the 21st century wants. A statement without explanation. Greeting fans last week outside a New York record store, she was lovely but utterly lackluster. Offering a limp hand and a weak smile, she fulfilled expectations. She exists, just as the magazines say she does. Period.