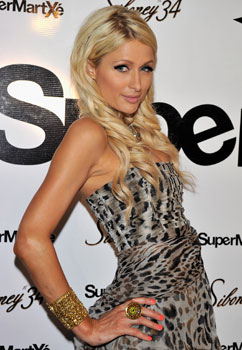 Last night in Las Vegas Paris Hilton was arrested for drug possession after cocaine was found in her purse. She was in the passenger seat of a car that Cy Waits, who operates a night club at the Wynn, was driving. He was booked for a DUI and Paris was searched as well, leading to the discovery of cocaine. She has already lawyered up and is now claiming the purse wasn't hers. She was released without bail and home in time to watch Family Guy and tweet her followers a sweet dreams message.