Paris Hilton is always on the cutting edge of beachwear, and yesterday's bikini photo shoot continued to prove that she'll wear anything. Between takes in her black bikini and some seriously futuristic sunglasses, Paris kissed Doug, who tagged along as usual. It doesn't seem like Doug's schedule is too filled up with personal responsibilities — or plans of any kind — so wherever Paris goes, he's never far behind. After her long day in front of the cameras, Paris and Doug headed out to The Ecco Lounge in Hollywood last night to keep the party going. Most of you don't think Paris and Doug will last, but he's managing to make the absolute most of the time before she gets sick of him. 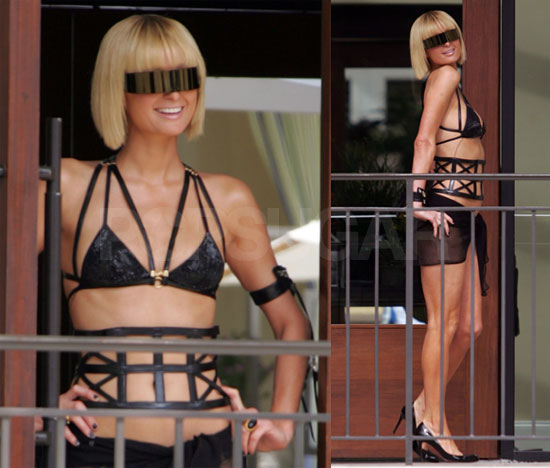 To see more of Paris and Doug just read more.

Paris HiltonBikiniDoug Reinhardt
Around The Web