She sure thinks so. Ms Hilton was promoting her single and in the latest interview she compares herself to Princess Diana and Marilyn Monroe. I guess it's good to be confident. Here are two of my favorite quotes from London Sunday Times" 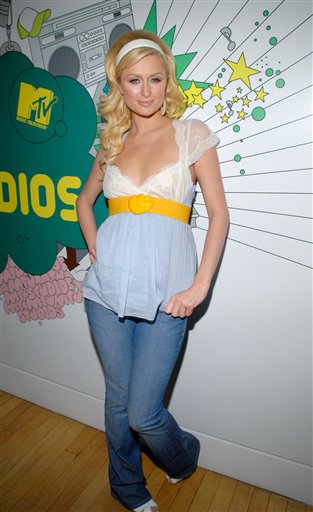 “Because there’s nobody in the world like me,” she says, smiling lazily. “I think every decade has an iconic blonde — like Marilyn Monroe or Princess Diana — and right now, I’m that icon.”

...“I read these stories about me starting fights and saying stupid stuff. I’ve become a cartoon. Nobody seems to get that how I am on The Simple Life is a character. I even know what a Wal-Mart is (on the show, she asked: ‘Do they, like, make walls there?’). I play dumb like Jessica Simpson plays dumb. But we know exactly what we’re doing. We’re smart blondes.”

She also talks about the sex tape, Stavros thinking Lindsay is "pathetic," and her ex-BFF Nicole. Oh Paris, you never cease to amaze us.