Can you believe Nicole and Paris did an AP interview? We can't either but the BFF were promoting the 5th season of The Simple Life and some of the quotes were so funny we just had to share them. Here's more: 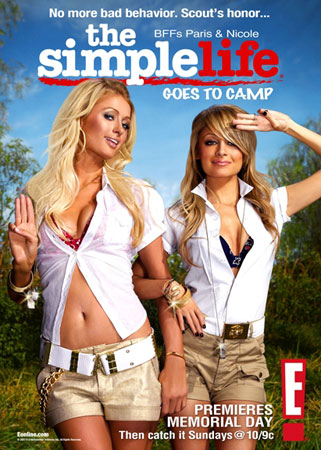 For some reason, we're not surprised that Paris and Nicole didn't take well to roughing it in the wilderness - if they showed up as our camp counselors, we'd probably be asking for our money back.