Paul Rudd had some of Hollywood's funniest ladies on his arm last night at the LA premiere of Our Idiot Brother, which is out on Aug. 26. He posed with costars Rashida Jones, Elizabeth Banks, in Prada, and Moschino-clad Zooey Deschanel on the red carpet, which also hosted comedic stars like Busy Philipps, who was fresh off a day of zip-lining on the Cougar Town set, and Jack McBrayer. Adam Scott is another member of the movie's funny cast, and his Parks and Recreation costars like Amy Poehler and Aubrey Plaza came out to support both him and Rashida. Elizabeth was excited to see her fellow leading ladies, tweeting before she left home that she was going to "chest bump [Zooey] and then compliment her on her dress." Zooey, meanwhile, wrote that she was "so excited" for the event to start. Following the screening, the gang and their guests moved on to the afterparty at the Mondrian hotel. Paul recently teamed up with producer Harvey Weinstein for a Funny or Die spoof about their marketing plan, and the two men were able to catch up inside the hotel. 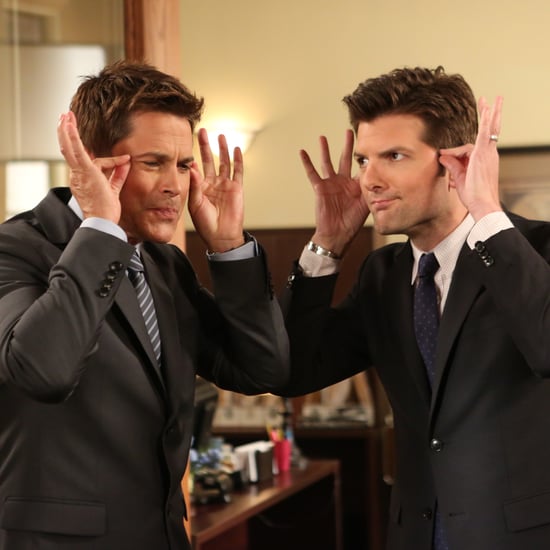