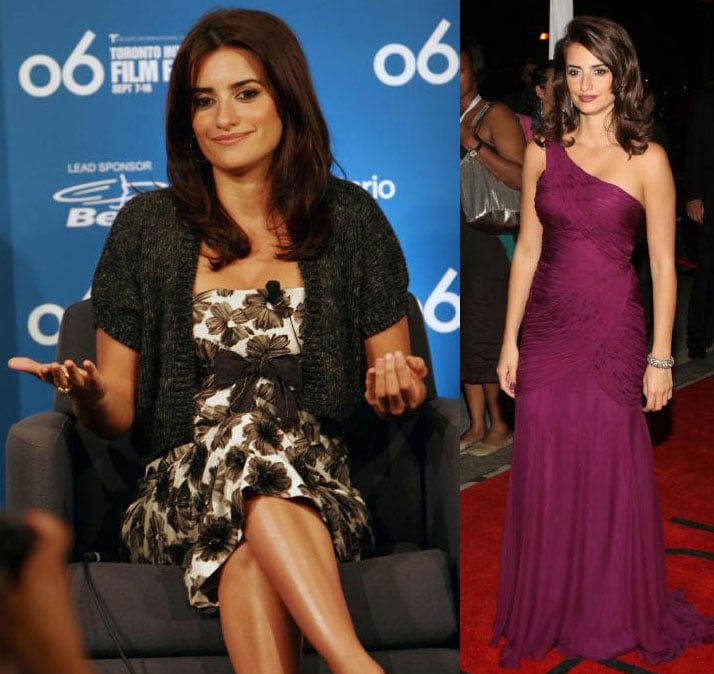 Penelope has been promting Volver for what seems like a decade already. The actress who was recently seen with her ex is now in Toronto for the film festival. She knows how to make the movie relevant to the American press - she talked about her ass. Or in this case, her fake one. Here's more: "I couldn't leave the set. I didn't want to take my false ass off. There was an emotional attachment. I was a disaster for two months. I was unbearable," she told reporters at the Toronto International Film Festival on Friday, shortly before the Spanish movie had its gala North American premiere.

Almodovar said he wanted Cruz to wear that "false ass" -- one of the more famous props of recent cinema -- to make her character, Raimunda, resemble an Italian film heroine of the 1950s.

Sitting next to Cruz at a news conference, Almodovar dissected her body parts, saying the 32-year-old Spanish actress has a small head, an ample bosom but a "slender ass." As he pointed each part out, Cruz smiled.

"The ass is very important. I wanted a fake bottom like Dustin Hoffman had in 'Tootsie.' ... This is what I want for her. Having a generous ass made her look close to the ground. These are important decisions to make because once you have the physical part, you can work on the spiritual part," Almodovar said.