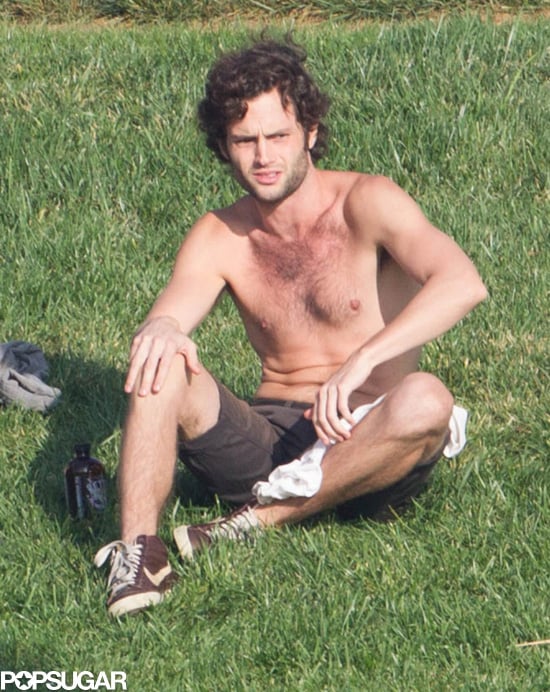 Penn Badgley stripped off his shirt when he stopped by Echo Park in LA on Sunday with a group of friends. The former Gossip Girl star sipped on beverages with several male companions, and one jokingly slapped the actor while he blew into his hands. One of Penn's friends who was not with his park group was girlfriend Zoë Kravitz. The on-again, off-again pair were last seen showing PDA during a trip to Rome in September. 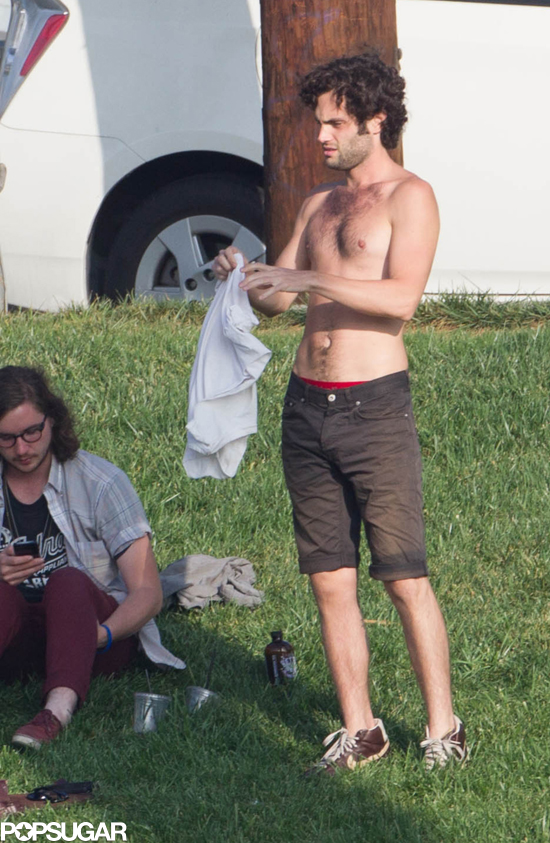 See one more picture after the break. 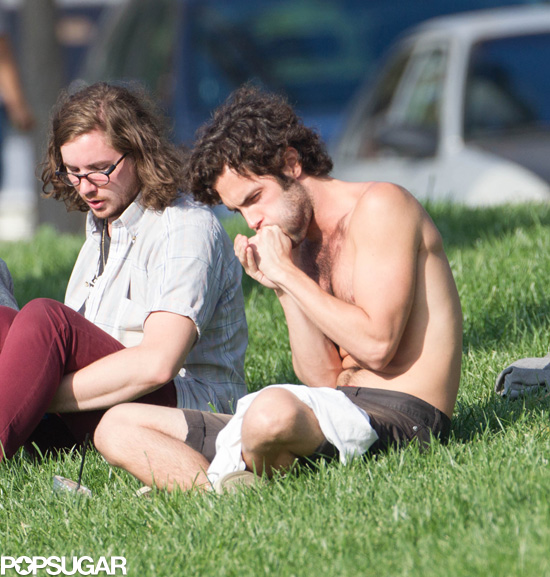