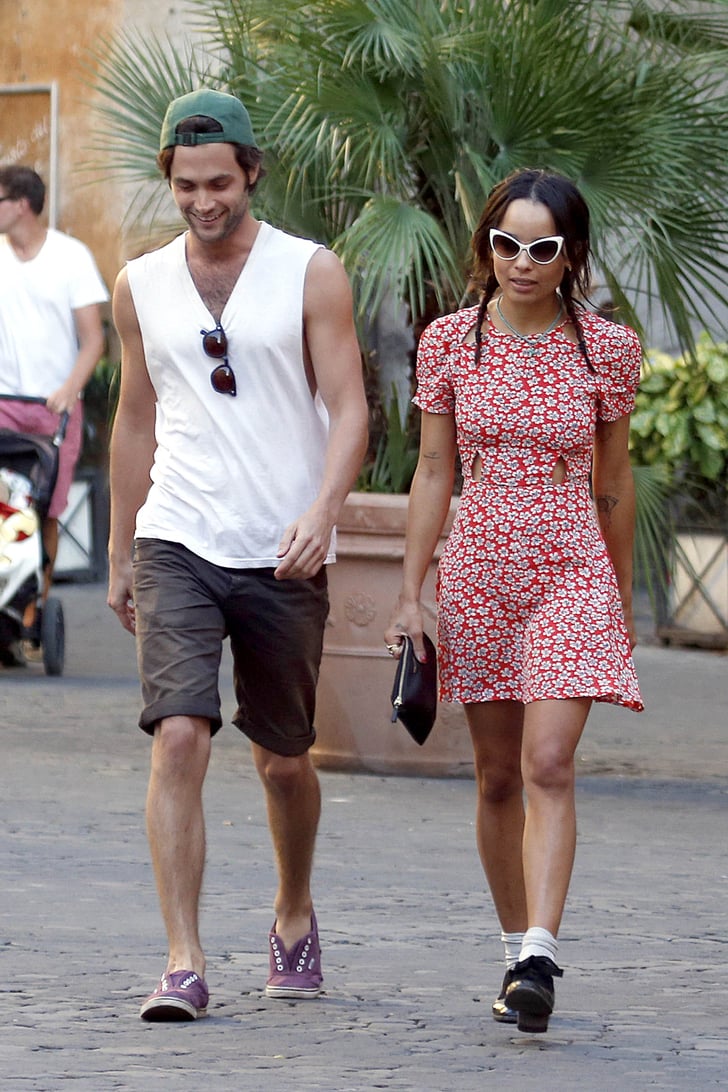 Penn Badgley and Zoë Kravitz are officially back on! The couple showed supersweet PDA while vacationing together in Rome, Italy, on Sunday. They strolled side by side, cuddled during a meal, and took turns snapping photos of each other at the table. Penn even planted a smooch on his lady as she rested her head on his shoulder.

Zoë and Penn appear to have reconciled since splitting in early June. They reportedly ended on "good terms" in the middle of their busy schedules, which included work on Penn's film Parts Per Billion and production on Zoë's Divergent in Chicago. The workload was clearly not enough to keep them apart, however, since they seem to be getting pretty hot and heavy during this overseas trip.