Peter Dinklage celebrated his Emmy win for best supporting actor as Tyrion on Game of Thrones, and the actor stopped by the press room to chat. Dinklage shared some insider info about the direction of the series, how he was resistant to working in TV until Game of Thrones, and why he'll probably get in trouble for thanking his pet sitter in his acceptance speech. 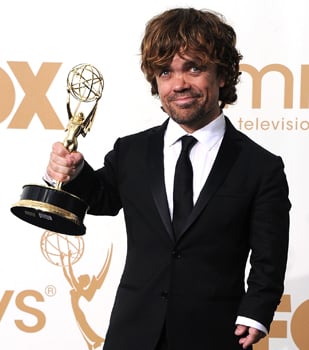 Stay tuned to Buzz for more press room coverage from the Emmys!

Image Source: Getty
Peter Dinklage Talks Loving Game of Thrones and Why He Thanked His Pet Sitter in His Emmy Speech  originally posted on POPSUGAR Entertainment News
Peter DinklageEmmy Awards
Around The Web