Peter Facinelli broke out his baseball and bat for a photo shoot in the August issue of FHM. He's currently celebrating the success of Eclipse with a well-deserved bit of rest and relaxation in Hawaii. His tropical getaway hasn't been all about chilling out, since he also surprised fans on the island at a screening like Robert Pattinson and Kristen Stewart did back in LA and Xavier Samuel in NYC. Peter's vacation was timed to enjoy some fun with his wife, Jennie Garth, who just wrapped up shooting a movie for the Hallmark channel called Mulligan that Peter wrote himself. 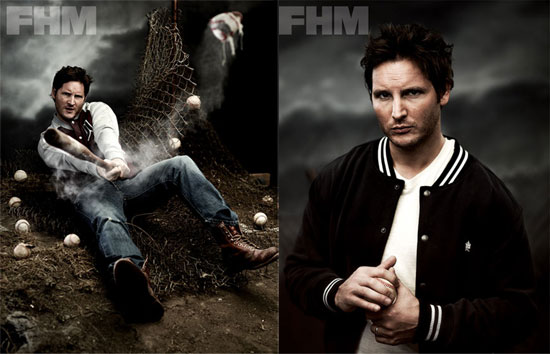