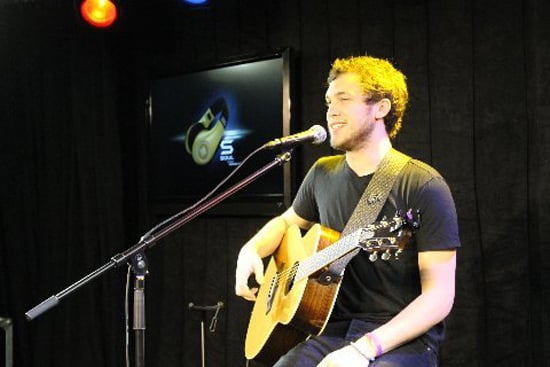 Phillip Phillips performed an acoustic set for an intimate crowd earlier today inside Soul Headphones' studios at LA's 104.3 MYFM. We were on hand as he belted out songs, including a cover of Gnarls Barkley's "Crazy" and a stripped-down version of his own hit, "Home." The American Idol winner's back on the West Coast following a stay in NYC, where he's been putting the finishing touches on his first album, The World From the Side of the Moon. Phillip said he's really "excited and nervous" to share the songs with fans, as they truly represent his style and sound as an artist. The album is out on Nov. 19, but the video for Phillip Phillips's "Home" is online now.