Lindsay Lohan arrived at LAX yesterday on her way out of town after announcing her impending departure to Samantha Ronson via Twitter on Sunday night. Lindsay is expected in Paris to show off Ungaro's new collection on October 4 so that leaves over a week for her to make sure she's prepared and no longer in hot water. Meanwhile, the LAPD identified the man who robbed Lindsay's house last month and apparently the suspect, who used to be a friend of LL's, often visited her on the set of Labor Pains and has been in a bunch of legal trouble for drug possession already this year. Sounds like a gem. 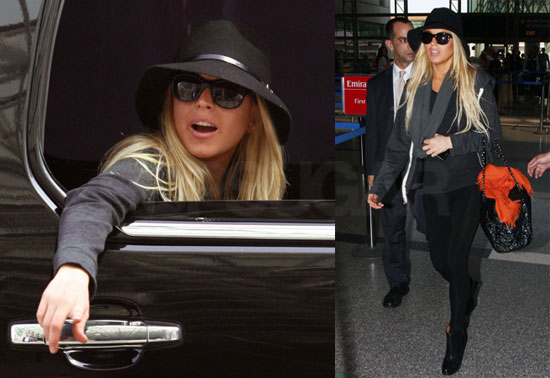