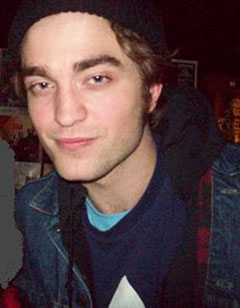 Robert Pattinson was spotted out in London with Kristen Stewart last night, and this time there's a photo of the man himself! According to twitter eyewitnesses, Rob and Kristen headed out to watch his sister Lizzy Pattinson perform at the Halfmoon where a fan snapped this picture of a beanie-wearing Rob. Unfortunately, for the second night in a row there was no evidence of Robert and Kristen kissing and you're pretty split on believing all these supposed sightings. Still, any Rob is welcome and fans might be happy to see him back in one of his beloved hats rather than the controversial 'do he wore to the BAFTAs.