Ryan Phillippe headed out solo to do some grocery shopping in LA earlier this week. Instead of his usual Philadelphia Eagles hat, he was sporting his hometown pride on his t-shirt. Despite his football team's success in making it to the National League championship this weekend with a chance to head to the Super Bowl, Ryan looked a little less chipper than usual — maybe he was just missing his regular companion. 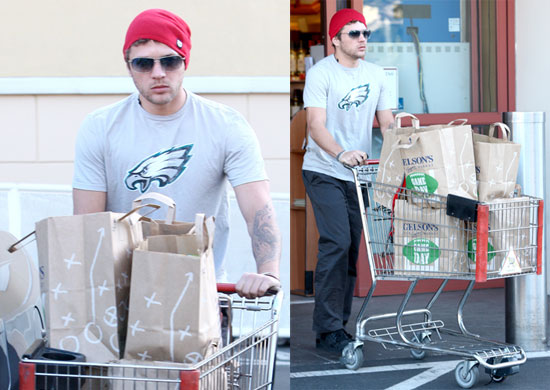 Ryan Phillippe
Around The Web