Kristen Stewart and Taylor Lautner cover the latest issue of Entertainment Weekly as they continue promoting the much-anticipated New Moon. Kristen talks about her BFF chemistry with Taylor, while Robert Pattinson chats about his feelings on downsizing Edward's role, which already has most of you wanting more. Here's more: 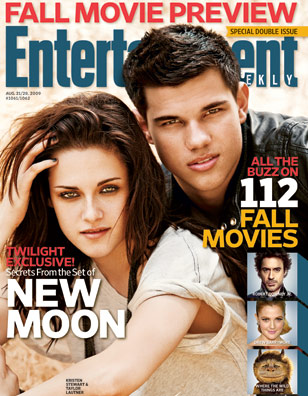 To see the video of Taylor and Kristen talking about the movie and each other just read more.