After accepting their surfboards during the star-studded Teen Choice Awards, the actors headed to the press room for photos. Gossip Girl was well-represented with Chace Crawford, Ed Westwick, and Leighton Meester smiling happily. Stay tuned for some cute exclusive video of Ed after his big win. The very victorious Twilight cast accepted their awards as one big group during the show but skipped the press room. Megan Fox, Cameron Diaz, and Zac Efron also took home surfboards, and if you want spoilers before the show airs tonight, click here for the full list of winners. Also, don't forget to check out the lovely ladies and gorgeous guys on the red carpet as well as Fab and Bella's love it or hate it polls! 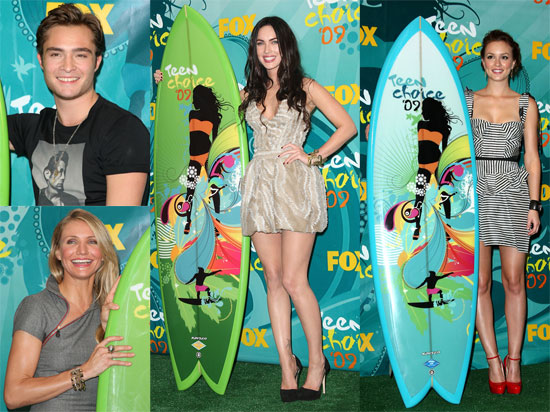